Page Contents
Note: This page was generated from the loopback-next/examples/todo-list/README.md.

This is an extended tutorial that builds on top of @loopback/example-todo.

This tutorial demonstrates how to create a set of APIs for models that are related to one another. 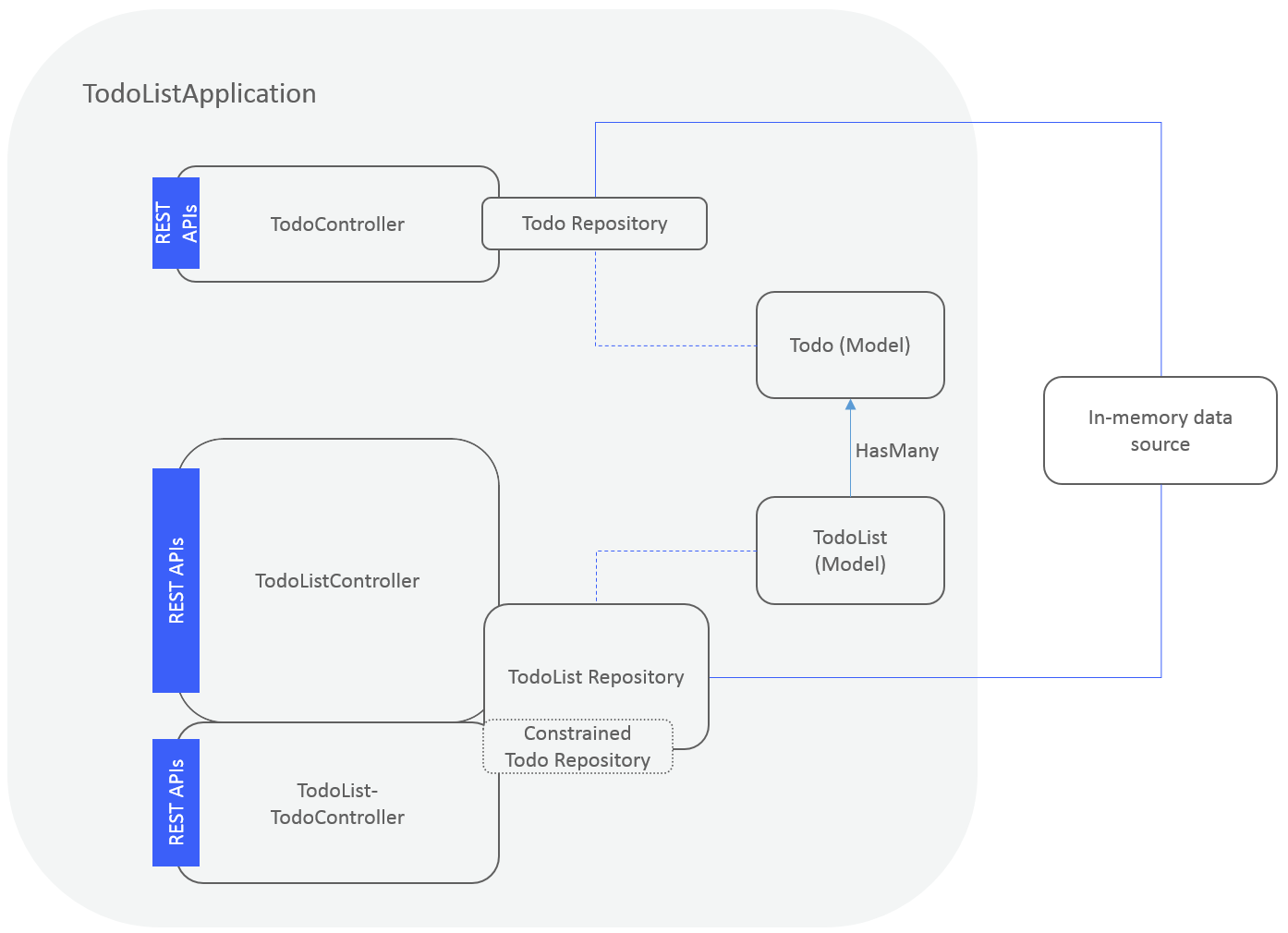 If you’re following from the tutorial in @loopback/example-todo, you can jump straight to our first step: Add TodoList model

If not, you’ll need to make sure you have a couple of things installed before we get started:

Next, you’ll need to install the LoopBack 4 CLI toolkit:

We recommend that you start with the todo tutorial if you’re not familiar with LoopBack4, but if you are and don’t want to start from scratch again, you can use the LoopBack 4 CLI tool to catch up to where this tutorial will continue from:

Once you’re ready to start the tutorial, let’s begin by adding a TodoList model

If you’d like to see the final results of this tutorial as an example application, follow these steps:

Feel free to look around in the application’s code to get a feel for how it works. If you’re interested in how it’s been built or why we do things a certain way, then continue on with this tutorial!

Open an issue in loopback-next and we’ll take a look!